How to write a complaint

This is a rare example of serious and useful advice. From me.

It genuinely pains me to see so many people writing complaints that make a fool out of the author.

What happens is when people get angry, they become obsessed with the notion that they are infallible. They don't need spell check. They don't need decency. Nobody is going to check if their story is exaggerated.

Problem is you are not writing a complaint to yourself. Making yourself feel good might be nice when you write it, but it won't get you a good reply.

I spent five years reading and responding to complaints on behalf of some large organisations. Let me tell you, how you write it makes a big difference.

See all the advice >

I love Irish Spars. Partly because they are bigger and more exciting, and partly because my non-local ears can't tell the difference between Spar, a spa and Conor McGregor's insistence that his work is called "sparring".

All of these things amuse me. Another thing that amuses me is a ridiculous concept for a birthday party, especially during a lockdown where we aren't actually allowed to attend any birthday parties. I hope that despite this, the chicken fillet roll has a great day.

Every TV advert during the lockdown

The world needs adverts. I say that as a blogger who depends on monetisation, and as a media employee who's employer depends on commercials.

Coronavirus has caused all sorts of issues for people like us. Nobody has the money to advertise, nobody has anything to sell and nobody is in the mood to buy things.

Thankfully some industries are keeping the world of media afloat by continuing to advertise. But I have noticed, the tone of the adverts has changed.

It's now a very soft-footed approach to the subject. They don't want you to know that it's an advert. The actual advertising is like meat in the middle of an assuring, hushed voice.

Save money by flying from Bournemouth to London

Recently I was looking at places you can fly to from Bournemouth Airport, and was rather surprised to see 'London' on the list.

Obviously there are no direct flights for this short hop, but for just £7 you can fly from Bournemouth to Dublin, and from there you can easily get to all-sorts of places in Europe.

That's an excellent connection which Bournemouth should be pleased with. Curiously, it also opens you up to a number of London airports. For less than £15 more, you can get to Stansted, Gatwick or Southend.

So immediately I went to the National Rail website. A direct journey between Bournemouth and London via eco-friendly electric rail would cost almost twice as much. Here's the proof.

5 worst people you will find in an airport 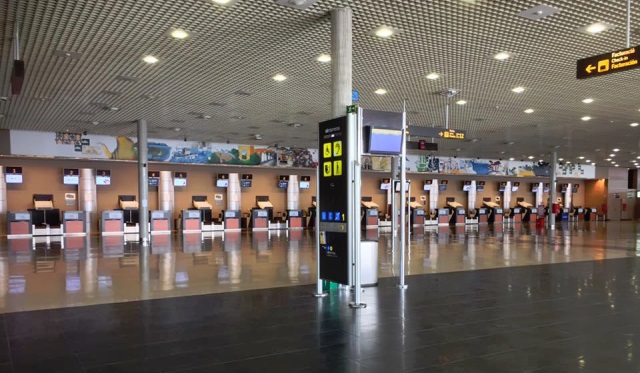 It's not stress, or confusion, or excitement. It's just people.

A worryingly high number of people carry out their business without a moment's thought for how it might inconvenience others. When you get a lot of people in one place, like in an airport, you can really see who those people are.

Not because they are fundamentally evil or too stubborn to heed information, but because their brain is never switched on enough to process the information they are given.

That's why airports are a nightmare. So many people, none of them able to think for themselves.

The whole thing is really cleverly done. It's like they've tried to tick all the boxes of how to make money: have sponsored outfits, make those outfits associated with paradise, have clips with those outfits go viral online, create a sponsored app for people to download, have cute props that can be sold in shops, get your product placement in every shot, go to an advert break every time something happens so people will go on Twitter...

It's genius, but it's a bit like Girls Aloud. Their songs made a lot of money but you knew straight away that they were only in it for the money. They were following a script, a mathematical formula for how to become rich.

Even the scheduling is exactly the same. The first episode, the final, and any big moments start at 9pm on a Sunday. This doesn't happen by accident: it's finely crafted by experts.

I have been living in my house for six months (and I have since moved again, so don't bother checking the meta data you weird stalker).

Six months is long enough to work out what most the big switches and things do, but there is one which has evaded me, and it'll forever be on my nerves.

It's not the immersion, so please don't tell me that. It's wired in to something. And I hope it's not just a big red light.

WHAT DOES THIS RED SWITCH DO? pic.twitter.com/1OP1A0BWAR 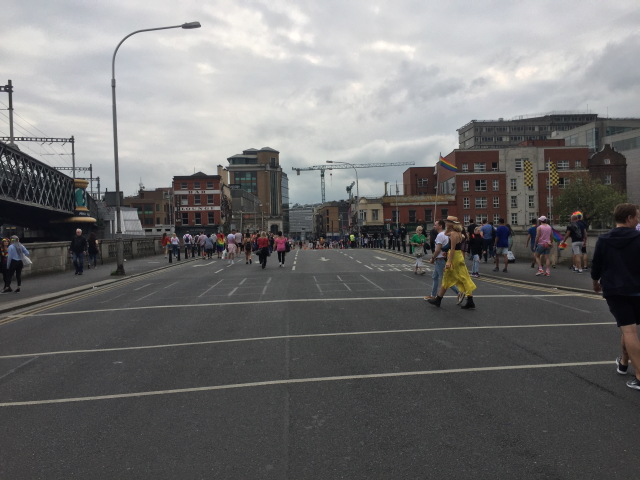 Part of the problem - and I know this will sound crazy to anyone who has endured the chaos around College Green - is that the roads are too wide.

There aren't many European city centres who would designate big portions of the street for cars while pedestrians are told to stick to a narrow, crowded path. Yet that does describe most of Dublin City Centre.

Allocating cars a wide expanse of tarmac makes it too easy to drive like you're the only one around, and become totally oblivious of whatever chaos might be happening on the footpaths and in the cycle lanes. That's bad driving, but it's common behaviour.

The other problem - and you're more likely to believe this part - is that traffic on the Quays moves so slowly that the moment you see a gap, it's difficult to resist the temptation to get some movement going. Even if there's a group of Americans crossing at Ha'penny Bridge.

Read all the theory >

Why the Kardashians suddenly care about the planet

In the last few days, members of the Kardashian family - who are basically a cross between a family of '70s oil tycoons and a page 3 girl - have started posting how shocked they are at the Australian bushfires on social media.

Their Instagram stories have been full of cried of this thing called "climate change".

Many of their followers have pointed out it's odd how they've never mentioned it before. It's also odd that they should care at all, given that they fly across the world in multiple private jets.

Most importantly, it's odd that they should feel so helpless, as they have more than enough money to make a significant difference to the resources available to help the awful situation in Australia and to fight climate change all around the world.

You don't get famous if you're not saying the right thing at the right time.

Read yet another moan about famous people >

Campaign for Ant & Dec's crew to stop laughing every 5 seconds

Is anybody else fed up - and a bit confused - at the way the camera crew on I'm A Celebrity will howl with laughter every single time Ant & Dec open their mouths?

I'd love to know why this actually happens. Ant & Dec generally have high production standards - they tend to work on big budget shows - and I can't imagine them saying "we're feeling a bit sensitive, can you massage our egos with applause even if it looks ridiculous?"

But why else would it happen? Most Ant & Dec shows involve a live studio audience. It's what they do. They make each other laugh and that makes more people laugh. It's great. But if they can't read a script without getting fake gratification from their colleagues, maybe this isn't the right show for them?

I don't think it can be that. If that was the problem, there would be ways of solving it without going over-the-top.