Following 'Is My Bus Late?', some people wanted to know why. So I did some research.

This is not brownosing. I do not work for a bus company. When I'm angry, I moan on the internet about how bus and train companies couldn't run a piss-up in a brewery. I have nothing to lose by doing that here. But I wanted to find out (and share) the actual reasons why. I don't believe for a second that the mega-corporations who own our bus and train companies could have offices full of people who didn't know what they're doing.

This isn't meant to be interesting. But if you're going to complain to an advisor who doesn't really care, you ought to know your facts first of all. Only then can you rant. 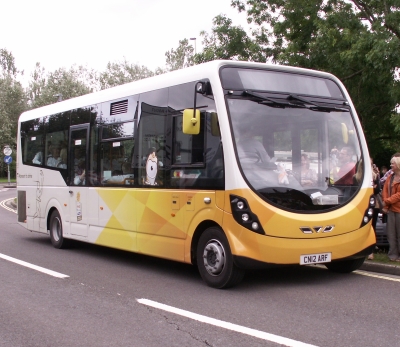 "This doesn't happen to my bus!"

How would you know, you weren't driving it? If you've ever thought to yourself "I can't believe we're only here" or "we've got here quick", then you clearly weren't paying attention to your journey, and you were missing out on these shenanigans.

"I waited ages for the bus, then three showed at once."

It's true! On frequent routes, this happens all the time. Sometimes, it's because one of the drivers wants to carry as few people as possible. The vast majority are not that cunning. Here's what actually happens.

Let's say the bus is due every 10 minutes. To keep it simple, we'll say one person turns up at every bus stop every minute. In reality it's much more random than that - which is part of the problem - but we can't blame people for not being synchronised with strangers.

For one of the reasons mentioned above, let's say one of the buses is running two minutes late. No big deal. There's now a 12 minute gap from the bus in front, and a 8 minute gap from the bus behind. People arrive at the stop every minute. The bus is now picking up more people than expected, while the one behind is getting fewer people. One person gets on and asks the driver why they had to wait 13 minutes.

The two are now gaining on each other. The bus stops are getting busier. The one in front is now finding two or three times as many people as it was expecting in each stop. The gap between the two is getting smaller until they meet each other.

How do you fix it? People will always want to get on the first bus which turns up, which means that bus will never make up for lost time. The only way to fix it is to cancel the bus and tell the driver to drive non-stop until they're back on time. But if you've been waiting ages for a bus, and then see one go past out of service, you'd be furious. You'd probably send an angry tweet, you warrior.

They don't care what you think

Customer feedback (what you have to say) comes in two forms: things the company are interested in, and things they aren't.

If what you have to say is news: a pole is broken, something new isn't working, then maybe it's worth sharing it. Your comments will probably be read by a teenager on minimum wage, but at least it will go in the right box and you've done all you can. In fact no, because the drivers should have all that information. So let's move on to the more likely outcome: they really don't care.

When people are angry, they fall into a trap of thinking anybody cares. Whether you think the company are competent or not, they already know what works and you moaning about how the service is terrible only makes a fool of yourself. The managers never read it, only said underpaid teenager who reads Twitter for a living, and getting angry at them is an introduction into why we have so many socio-paths around us these days.