Notions! What's In A Name?

Dublin has many highlights to it, but the slow crawl through a zombie crowd past fast food shops and Disney stores is not one of them.

The street looks tired, and it's filthy. It has irritating and unwelcoming posts all over it that defy basic street design. It's not designed for people: there's no-where to sit or rest for a moment. It wants you to go away.

Perhaps that's the thing that bothers me most when I learn that Grafton Street has been part of some-sort of secret rebranding project to make it sound more classy. You can think of it as Grafton Quarter if you like, council, but I'd appreciate it more if you came up with a stylish street to go with your stylish name.

I suspect that isn't why everybody else is outraged by the new Christmas lights though. The reason for that is really quite simple: you can't tell people what to call things.

The internet is full of idiots trying to do eating challenges. It gives me great pleasure to join them.

I genuinely believed my strategy of force-feeding myself would at least lead to a credible result. I hate crackers.

Simply greeting the team at the start of the show led to the conclusion that the whole team is feeling too sick to work.

The Worst Interview I've Ever Sat Through

A discussion about mistakes people make during job interviews led me to some of the most awkward interviews I have ever hosted.

A few weeks ago I was having a nice conversation with a former RTÉ 2FM presenter about how the industry has changed so suddenly. Imagine my surprise when, just a few weeks later, that conversation was played out over social media.

Let me explain. I work in radio. I don't have the most amazing job in the world, but I have a great job in a great industry. I have lots of friends who work in the same industry. When there's radio news, there's reaction to it all over my social media feeds.

This morning's news is that the people's darling Greg O'Shea is being parachuted into a top job at RTÉ 2FM. People who have worked hard to refine their craft in radio are being overtaken by some chancer purely because gossip magazines happen to like him at the moment.

Dublin City Council: Where Are We Going? 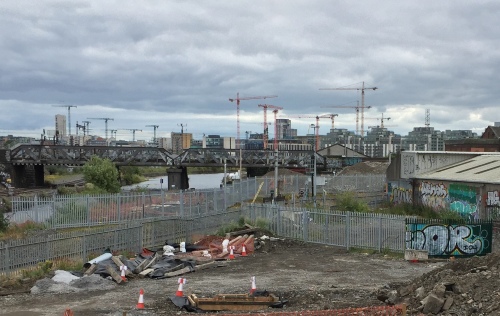 My overriding impression is that Dublin could be an amazing city. But it's like it doesn't want to become one. And that is so frustrating to see every day.

You go to the premier streets like Henry Street or O'Connell and there are no benches or fountains because the streets are just tools, places we use while on our way somewhere.

The reaction to The Bernard Shaw closing has been impressive, and I'm not surprised some people think it's too much. You might think it's a bit of a stretch that I'm going to tie it into this post.

A Visit To Glasnevin

The lads know I'm an expert in service stations, so they sent me to Circle K Glasnevin to see what I could find.

Do You Have More TVs Than Us?

Every time I turn up at Classic Hits, they have fitted a new TV to the wall.

Rumours went around that you can scare off a seagull by staring at it. This was put to the test with one of the most disasterous broadcasting experiences of my life.

Something Must Be Real

I have no sympathy for her. Instagram has always been famous for its culture of cyber-bullying. She knew that and still chose to build her life around it. It was inevitable that one day she'd be on the receiving end, and I'm sure she is rational enough to realise that.

What I am really worried about is a future where people are so desperate to prove that they aren't stupid, that they say things that are stupid. "You can't fool me", they say, while pointing out something that isn't true.

This confusion is inevitable when we live in a society that is continually taking fake things and pretending they are real. The simulacra, as Jean Baudrillard made clear, means people are so used to seeing fake TV, fake models, fake videos and fake news that they don't believe it when they see something real.