I love Irish Spars. Partly because they are bigger and more exciting, and partly because my non-local ears can't tell the difference between Spar, a spa and Conor McGregor's insistence that his work is called "sparring".

All of these things amuse me. Another thing that amuses me is a ridiculous concept for a birthday party, especially during a lockdown where we aren't actually allowed to attend any birthday parties. I hope that despite this, the chicken fillet roll has a great day.

Every TV advert during the lockdown

The world needs adverts. I say that as a blogger who depends on monetisation, and as a media employee who's employer depends on commercials.

Coronavirus has caused all sorts of issues for people like us. Nobody has the money to advertise, nobody has anything to sell and nobody is in the mood to buy things.

Thankfully some industries are keeping the world of media afloat by continuing to advertise. But I have noticed, the tone of the adverts has changed.

It's now a very soft-footed approach to the subject. They don't want you to know that it's an advert. The actual advertising is like meat in the middle of an assuring, hushed voice.

I have been living in my house for six months (and I have since moved again, so don't bother checking the meta data you weird stalker).

Six months is long enough to work out what most the big switches and things do, but there is one which has evaded me, and it'll forever be on my nerves.

It's not the immersion, so please don't tell me that. It's wired in to something. And I hope it's not just a big red light.

WHAT DOES THIS RED SWITCH DO? pic.twitter.com/1OP1A0BWAR

Do You Have More TVs Than Us?

Every time I turn up at Classic Hits, they have fitted a new TV to the wall.

Rio to be 'COLDER THAN IRELAND' this week as Europe sweats

People in Rio de Janeiro were DISTRAUGHT to hear that their city is going to be colder than Ireland this week.

Brazil's balmy capital, which is currently in the middle of its winter season, is feeling the chill with temperatures of only 18℃C, right now, at 02:34am.

Rio resident Lucas Harrison quit his late-night party to tell reporters, "I can't believe Ireland is going to be hotter than Rio next week - I'm going to pack my trunks and head for Balbriggan!"

Airline Avianca is warning passengers arriving at Rio airport to be prepared for long queues, as it experiences a surge in demand to leave Brazil.

That God-awful TUI advert is able to survive a nuclear apocalypse, the travel agent has revealed.

The marketing campaign for the stupidly-renamed Thomson started in November 2017, and has been appearing on TV, radio and billboards ever since.

The ridiculously smug main character, who inevitably will have been receiving death threats seeing as that's how things are done in 2018, has promised to continue to let us know that "ain't nobody loves me better" even in the event of the worst tragedy.

Despite the minus five temperatures caused by the Beast from the East and Storm Emma, I had places to be. So I began a trudge across Dublin in the snow.

On the way I discovered the fun of Irish Rail and the DART, the heroes that are Domino's and a lot of ice.

Disclaimer: I was not forced to make the journey. I considered the risks and made a decision for myself.

"Not Familiar With Escalators"

Connolly station has a very specific sign for its vintage audience.

Who's Going To Tell Them? 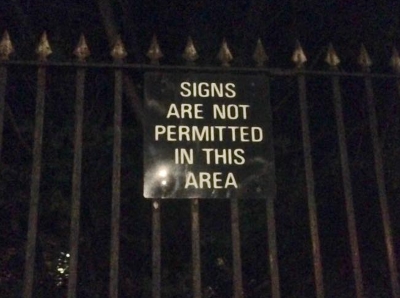 Signs are not permitted in this area. 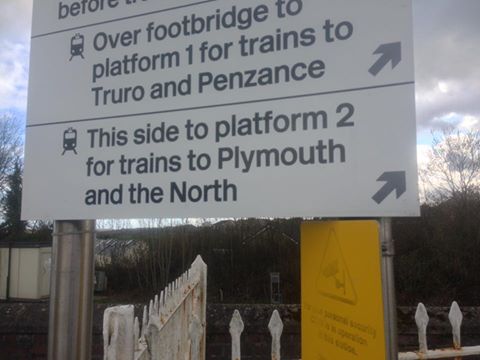 Nowhere beyond Birmingham is worth mentioning. It's cold and dark, with border controls you'll struggle to pass. This isn't actually true: the boundary is at Banbury.